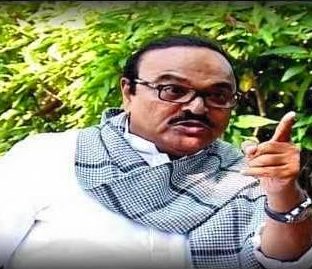 All Politics
Wave Of Anger Against Bhujbal For Demanding Removal Of Saraswati Portrait From Educational Institutions
Police bandobast has been beefed up outside former minister and NCP leader Chhagan Bhujbal’s residence in Nasik following his demand that the portraits of Goddess of Learning, Saraswati, should be removed from educational institutions. Chief minister Eknath Shinde and deputy CM Devendra Fadnavis have summarily rejected the demand. Addressing a function, Bhujbal had criticised the practice to adorn walls of educational institutions with portraits of Saraswati, who is revered as Goddess of Learning and Knowledge. He had said that instead, portraits of social reformers should be used in such places. “What has Saraswati done for your education? Worship those who fought society to spread education for you,” suggested Bhujbal. Bhujbal also alleged that just 3% of the population has benefited because of Saraswati, who had deprived other sections of education. Fadnavis said Goddess Saraswati was regarded as embodiment of knowledge, arts and culture. Only those disagreeing with these values can make such statements.  Shinde said his government belonged to the people and would do what the people wished. No portraits would be removed just because someone says something.  In the midst of the raging controversy, Bhujbal was not in Nasik, his personal staff told a BJP delegation, which had rushed to his farm house to protest.
Post By Dilip Chaware 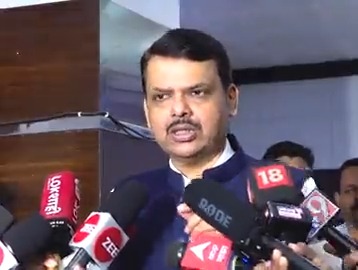 All Politics
Popular Front Of India Was A Silent Killer: Devendra Fadnavis
Popular Front of India (PFI) was a ‘silent killer,’ according to Maharashtra deputy chief Devendra Fadnavis while chief minister Eknath Shinde has warned that no anti-national activities would be permitted to take place in the state. The ban is welcomed across the state. Also holding the home affairs portfolio, Fadnavis has disclosed that the PFI had kept many prominent people on its hit list. It was planning to engineer unrest. PFI had created a huge financial network. Its modus operandi was something like this: open a large number of bank accounts and deposit small amounts so that no suspicion would arise. Fadnavis said very soon, action would be initiated against PFI and six other organisations under the Centre’s direction. If any evidence was found, more people and organisations would come under the radar, he indicated. Supporting the ban, Shinde said the elements which shouted pro-Pakistan slogans were dangerous for the country and needed to be dealt with ruthlessly. In fact, people subscribing to such ideology had no right to live in India. He said the state home department and the police would ensure that no such activities recurred in Maharashtra. Workers of Maharashtra Navnirman Sena (MNS) have welcomed the ban on PFI. In Pune, the ban was celebrated by MNS by distributing sweets. Its leader Sainath Babar said MNS chief Raj Thackeray was the first to demand banning PFI.
Post By Dilip Chaware 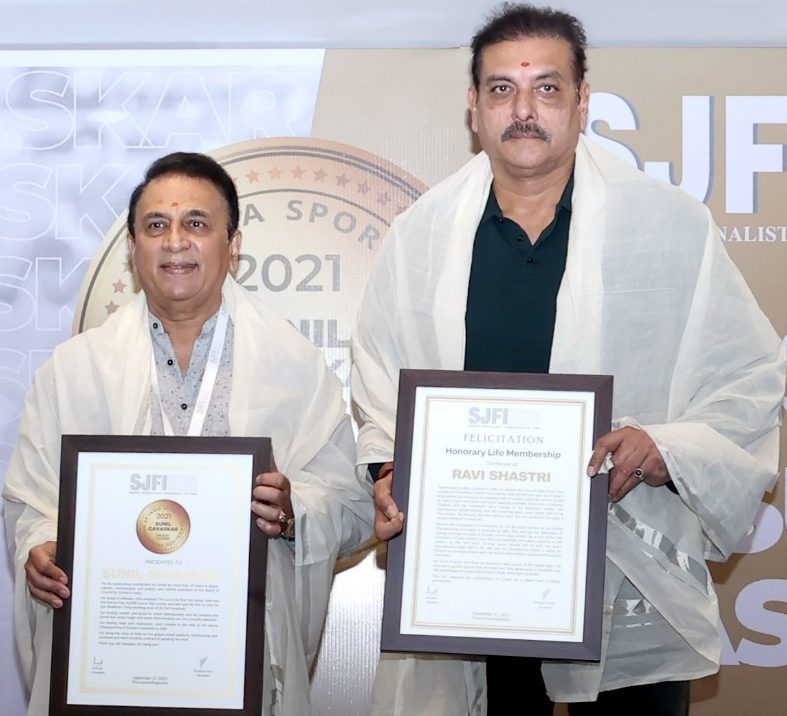 All Sports
Print Media Played A Great Role In Our Time, Say Gavaskar And Shastri
Little Master and legendary opening batsman Sunil Gavaskar and Champion of Champions of the 1985 World Championship of cricket in Australia, Ravi Shastri applauded the role played by the print media during their time. The two stalwarts of Indian cricket and now media personalities were feted by the Sports Journalists’ Federation of India at a function in Thiruvananthapuram, Kerala on the eve of the first Twenty20 international between India and South Africa. Gavaskar received an 18-carat gold medal and the Honorary Life Membership and Shastri, the Honorary Life Membership. “In those days, there was considerable interaction between the media and the players. There was a trust factor. You could talk and you could sense that they wanted you to do well, they wished you well and that they wanted you to go forward in your career and that they would help you with their articles. That was such a big thing for a budding cricketer,” said Gavaskar. On his part Shastri said: “You don’t know how thankful we are for that period of time because print media was king. If there is a recall factor of some of the games we played in the decades gone by, it is because of your articles.” Both Gavaskar and Shastri switched to media roles after retiring from all competitive cricket, the former though started writing even when he was playing for India.
Post By G Viswanath 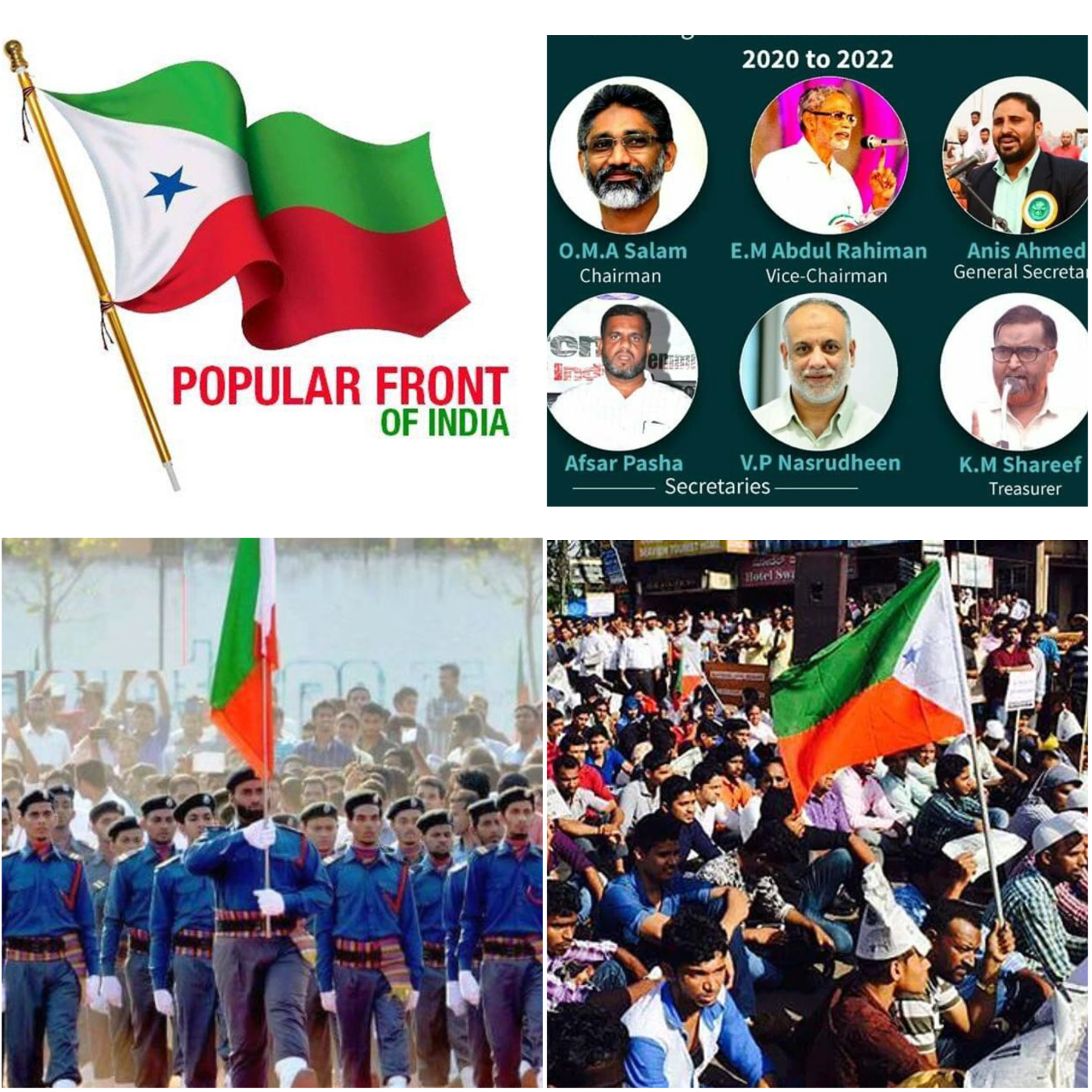 All Politics
Will The Five-Year Ban Reduce PFI’s Pro-Terror Activities Across India?
The PFI ban under UAPA may not wipe it out but will certainly help the probe agencies disrupt its pro-terror strategy in the country. SIMI (after its ban in 2014) had morphed into Indian Mujahideen and PFI. It is perhaps due to this capacity of the PFI to seamlessly change its identity that the enforcement agencies have not been able to recover arms and ammunition since the mother organisations morphed its name and registered themselves as legitimate social organizations. In 2020, the MHA had put together a dossier in the aftermath of the anti-CAA protest violence, pointing to the funding received by the PFI. According to the report, the PFI received funding from countries like UAE, Saudi Arabia and Bahrain. The PFI members actively operate in the UAE through frontal outfits like the Rehab Foundation and the Indian Social Forum. PFI leaders maintain an office at Muraba, behind Lulu hypermarket in Al Ain in Dubai. Now that the Home Ministry has banned the PFI and its support groups, those who agitate or protest against the notification or favour any comments for PFI may also be considered a threat or supporter of PFI and may be dealt with by the probe agencies. It is surprising to see Congress leaders equating PFI with the RSS and seeking the latter’s ban.
Post By Lakshmi Iyer 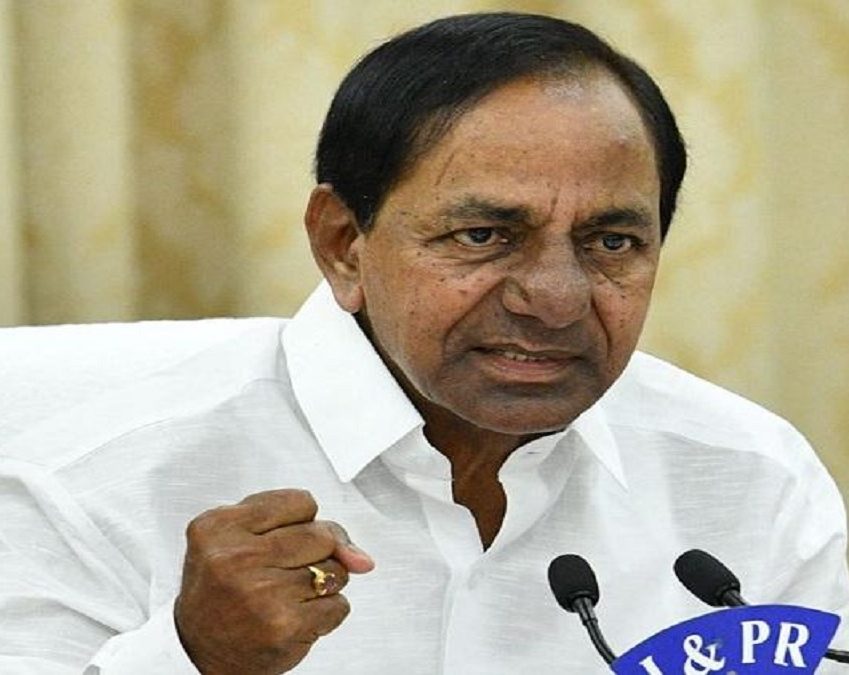 All Politics
Will KCR’s Dussehra Gambit Of Merging TRS With Bharatiya Rashtra Samiti Get Him Into National Politics?
Telangana chief minister K Chandrasekhar Rao (KCR) is making a curious gambit. He is to announce the founding of his national party BRS (Bharatiya Rashtra Samiti) with regional TRS to merge with it on Dussehra day (Oct. 5). The new party will retain the TRS flag, its car symbol as well as the party colour pink. TRS, which came into prominence during the emotional agitation for a separate Telangana, will soon be consigned to history. Will the KCR gambit work is the question as long time Andhra-Telangana observers see a huge wave of anti-incumbency sentiment against KCR. While it is possible that KCR is doing away with the name TRS on the advice of soothsayers, it is his national foray into 150 seats that is loaded with risk. Those trying to unite the Opposition for 2024 are convinced that a single entity to take on the BJP will work better, as it may have been proved in the recent Italian elections where the Right coalition fielded a united single candidate in most seats. KCR’s national opposition unity moves, which he began in flashy meetings with Arvind Kejriwal, Nitish Kumar and HD Kumaraswami are also being met with scepticism by the likes of Mamata and Sonia Gandhi’s Congress. The BRS will dictate who will be PM in 2024, the new party’s intending founder KCR has been heard saying.
Post By Tamil Raja