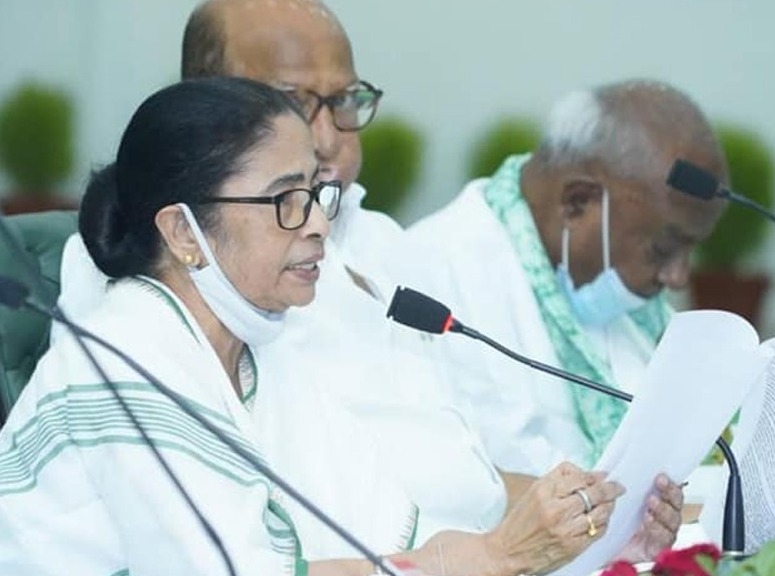 All Politics
Is Mamata Mending Fences With Delhi By Abstaining From VP Poll?
The decision of the Trinamool Congress (TMC) which has 36 MPs — 23 Lok Sabha and 13 Rajya Sabha — to abstain from voting in the vice-presidential election on August 6 on the ground that the party was “not consulted” before Margaret Alva of the Congress was selected as the Opposition nominee seems like a very lame excuse for the Bengal party to move away from Opposition camp. Didi’s decision to boycott polls has upset 80-year old Alva who took the trouble to fight a losing election. The TMC cannot complain about lack of consultation though Sharad Pawar did mention efforts to reach Mamata had failed. But Congress President Sonia Gandhi did speak to Mamata canvassing for Alva. Yet it is not clear if Mamata has merely upped her ante over Alva because CPI(M) general secretary Sitaram Yechury had a big role in it. Or has she taken a cue from regional parties like BJD and YSRCP? Is she also cosying up to the Centre like Naveen Patnaik and Jagan Mohan Reddy — both CMs of Odisha and Andhra — who back the BJP in Parliament and seem to be getting a lot of things done for their States. For a start, it is no coincidence that the Union Minister of State for Home Nityanand Rai announced recently that the Centre has received West Bengal’s proposal to rename the state Bangla.
Post By Lakshmi Iyer 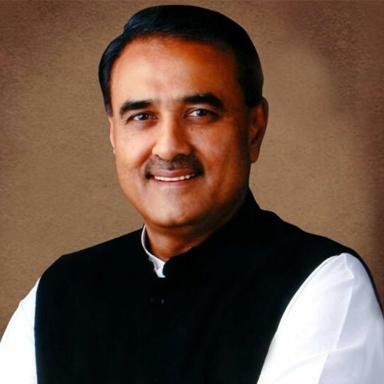 All Politics
ED Action Against Praful Patel Makes Some Opposition Leaders Shiver
The ED’s attachment action against NCP leader Praful Patel’s property in Mumbai’s elite Worli area in an alleged money laundering case has led to apprehensions that similar steps can be initiated against some more opposition leaders.  The property in which Patel has a sprawling residence is charged to be linked with deceased underworld don Iqbal Mirchi. Earlier, too, Patel had been summoned by ED in connection with the same property. It is not just a coincidence that the action against Patel was taking place in Mumbai when Congress president Sonia Gandhi was facing ED in New Delhi, NCP circles point out. It is an open secret that several leaders of different political parties reside in palatial properties in Mumbai.  Fear is expressed that some of them could find themselves in the ED net sooner than later. Current political developments in Maharashtra have fuelled speculation that this is an attempt to pressurise them to align with the ruling dispensation or else face action. In the recent past, former deputy chief minister Ajit Pawar, Shiv Sena MP Sanjay Raut, former BJP minister Eknath Khadse and many others have been summoned by ED for questioning. Two NCP bigwigs, Anil Deshmukh and Nawab Malik, are in custody for a long time. Malik is also charged to be linked with underworld boss Dawood Ibrahim in a property deal in Mumbai.
Post By Dilip Chaware All Politics
At The ED Office, Investigating Officers Show A Wary Sonia Their Vax Certificates
After Sonia Gandhi left the Enforcement Directorate (ED) office on July 20 at the end of three hours of questioning, the Congress went to town claiming that the investigating agency had nothing to ask her. The party claimed she had even offered to stay longer if needed but was sent away. It is another matter that Sonia has to make another trip to the ED office on July 25. Clearly, the Congress which unleashed violence and protests across the country to protest Sonia’s questioning in the National Herald case had become defensive by end of the day.That is because what the Congress did not disclose was that the ED officials had gone out of the way to be extremely courteous to Sonia; the agency also fulfilled some of her conditions.  Since she was recovering from Covid infection, she wanted an infection-free environment. Apparently officials questioning her displayed their vaccine certificates. Ironically, no one knows if any of the Gandhis have taken the vaccine shots — at least none of them have been seen publicly endorsing India made vaccines. Sonia also wanted her daughter Priyanka to be reachable in case she needed medicines; ED agreed to this request. Also, ED officials questioning her ensured Sonia was comfortable. Sources say her basic questioning pertaining to the National Herald case is over.
Post By Lakshmi Iyer 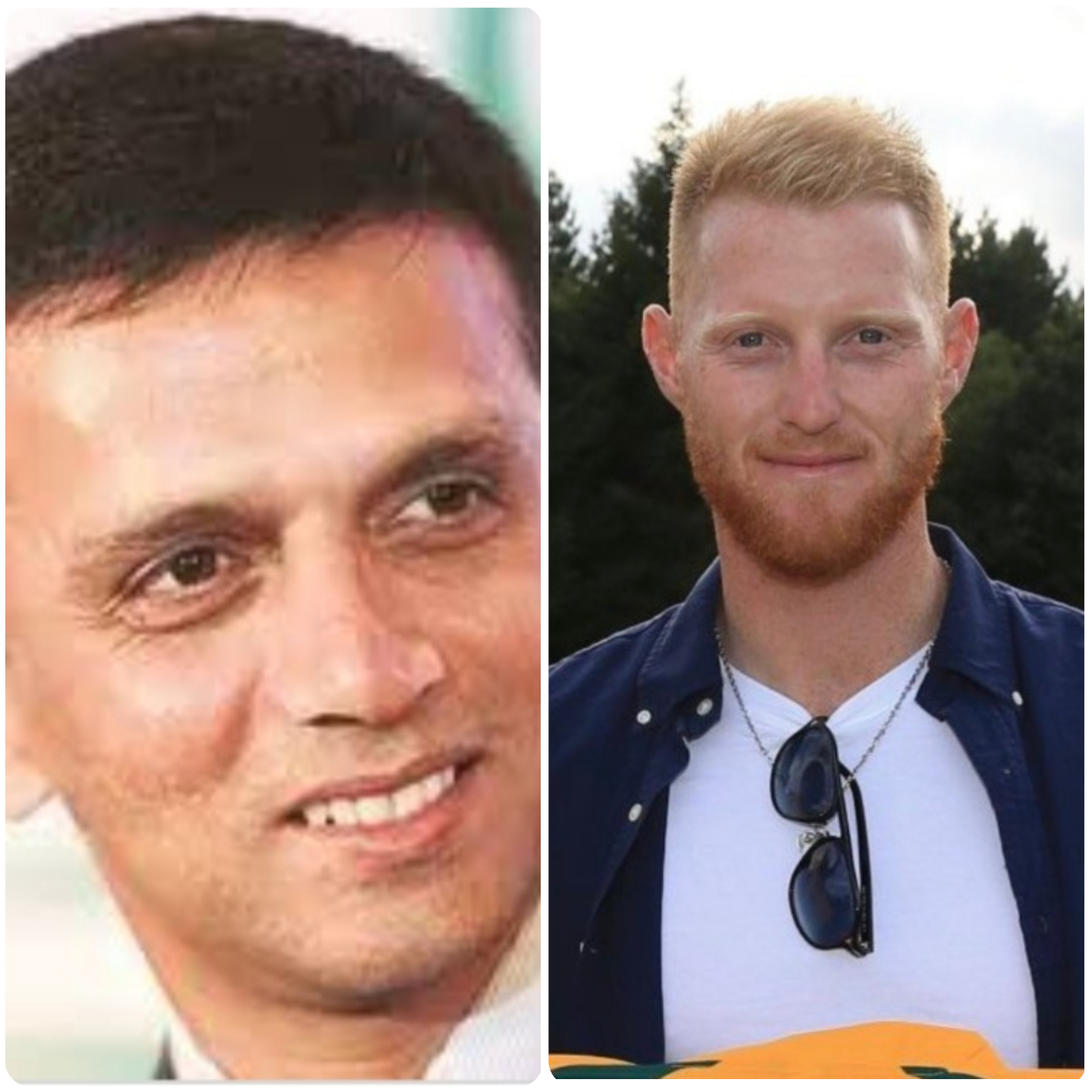 All Sports
Rahul Dravid's Whimper About Scrap ODI Cricket In 2016, Has Become Louder
Will ODI cricket go to the chopping block?  Played over 60 overs a side, initially the 1970s’ new hit and style of play was frowned upon by the purists. Once the flannels gave way to coloured clothing at the 1992 World Cup in Australia, ODI cricket was given the notorious tagline ‘Pyjama cricket”. The new brand of cricket made Clive Lloyd’s West Indies “Kings of ODI cricket” after it won the 1975 and 1979 finals at Lord’s, and enabled Kapil’s Devils turn the cricket world upside down in 1983, but after 50 years ODI cricket that filled the coffers of the Cricket Boards with millions of dollars appears to have become a veritable humdrum. Rahul Dravid was the first to sound the alarm bells six years ago at the Dilip Sardesai Memorial Lecture.  “I think ODI cricket without context will struggle. All other ODI cricket should be geared towards preparing for the World Cup and Champions Trophy. People can play lesser ODI cricket and focus more (other formats),” voiced Dravid that was more of a whimper at the packed CK Nayudu Hall, Cricket Club of India, Mumbai. In the last few days Dravid’s thoughts have been echoed by Ben Stokes who has retired from ODI cricket. All said and done ODI cricket gets the crowd going and brings a lot of money to the ICC, BCCI and other cricket boards.
Post By G Viswanath