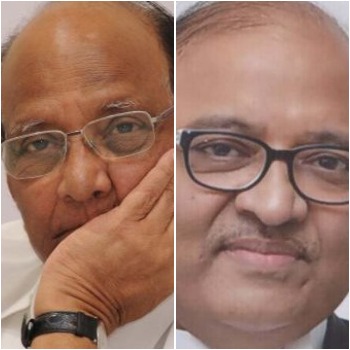 All Politics
Apex Council Of MCA Upset With Pawar’s Counter Play To Appoint Ombudsman Dilip Bhosale
The Tata IPL-15 came as a welcome breather for quarrelling factions within the Mumbai Cricket Association (MCA) who shifted their focus to conducting the 21 league matches. The MCA was able to deploy its resources to run the games virtually incident-free. The association earned much praise from BCCI Secretary Jay Shah and Rs 12 plus crore for bailing out the BCCI in these pandemic times. However, an uneasy calm prevails now in MCA’s corridors of power over the matter of accepting Justice (Retd) Dilip Babasaheb Bhosale as its Ethics Officer and Ombudsman (EOO). Multiple sources caught in the vortex of the sensitive matter told shortpost.in that former MCA President Sharad Pawar, who still commands a lot of clout in matters of the association, is in favour of Justice Bhosale’s appointment. He is the son of former Maharashtra Chief Minister Babasaheb Bhosale and a former Chief Justice of the Allahabad High Court.  The reason for rancour is that Justice Bhosale was appointed at an AGM, the present MCA Apex Council had actually called off, but still conducted by a fair number of members, who elected a chair and obtained post-facto validation from senior advocate Darius Khambata. Now, the Apex Council, due for elections in a few months, is showing the barndoor defence to all persuasions!
Post By G Viswanath 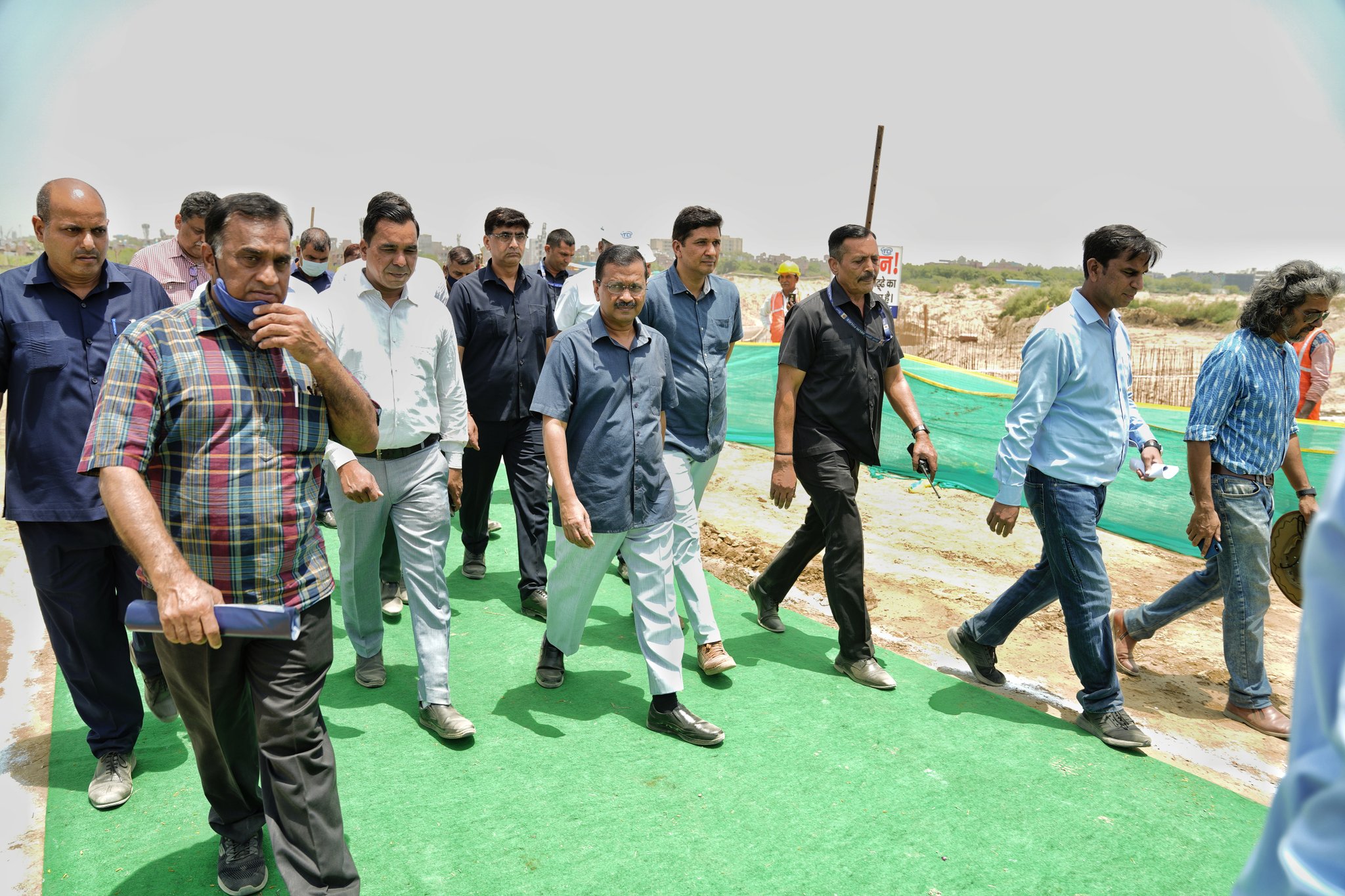 All Politics
AAP Says Security Withdrawal Just Temporary, Punjab HC Feels Move Unnecessary
Following singer Sidhu Moosewala’s broad daylight murder, the Punjab government has been directed by the High Court to restore the security cover of 424 people, which it had earlier withdrawn. During a hearing in the Punjab & Haryana High Court, the AAP government had claimed it had withdrawn the security of 424 people only for a few days. Responding to a PIL moved by a Congress leader OP Soni against his security down-grade, the government told the court that the security covers of the 424 VIPs would be restored after Ghallughara Diwas on June 6, which is observed as a day of protest against Operation Blue Star. Incidentally, a day before Moosewala’s murder, the AAP government had highlighted it as ‘crackdown on VIP culture’ on social media. But then the government got cornered only because of Moosewala’s death.  In a plea against his security downgrade, Congress leader Soni wanted to know how a report of security withdrawal with a list of VIPs came into the public domain. It is being said that Punjab police is being stretched beyond state borders to provide security cover to Delhi CM Arvind Kejriwal; also special cover for his key aide for Punjab area — Raghav Chadha.  Chadha, a Rajya Sabha MP almost functions like a de facto Punjab CM.
Post By Lakshmi Iyer 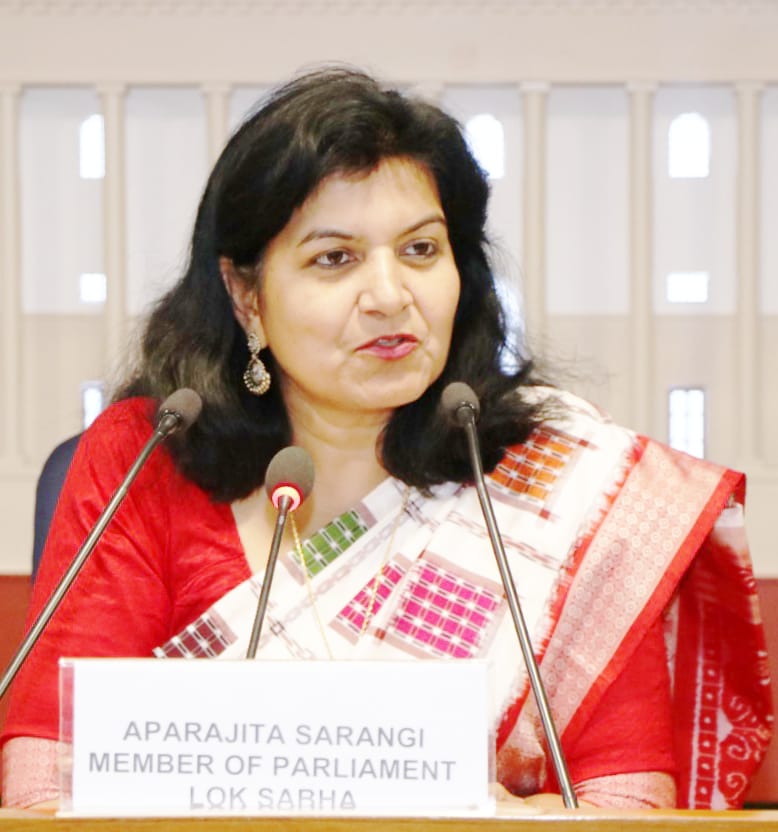 All Politics
BJP’s Odisha Core Committee, Without Spokesperson Aparajita Sarangi, Seeks Blueprint To Upstage BJD
BJP’s firebrand and outspoken Odisha MP Aparajita Sarangi, who is also BJP’s National Spokesperson, well known for her high decibel opposition pitch against BJD CM Naveen Patnaik missed out on a berth in the BJP’s newly constituted 17-member Odisha Core Committee. BJP President JP Nadda heads the committee. Only long serving senior BJP members with relevant experience apart from others the BJP thinks will add value and insight have been inducted. Some core committee members include: Baijayant Panda, Dr Sambit Patra, Jual Oram, Pratap Sarangi, Dharmendra Pradhan, Ashwini Vaishnaw, Biseswar Tudu, Suresh Pujari, Samir Mohanty and Sangeeta Kumari Singh Deo. This Odisha Core committee has been formed to prepare for the 2024 general election. The purpose of this committee is to chalk out BJP’s blueprint for the state to win as many seats from Odisha in the 2024 Lok Sabha polls. The Committee will sit together, think together and work together taking stock of progress made on a monthly basis. Clearly, BJP has understood the need to reinvent itself since the agenda of criticizing Naveen Patnaik and his party Biju Janata Dal BJD did not cut much ice with the people or even taken them anywhere.
Post By Sangram Mohanty 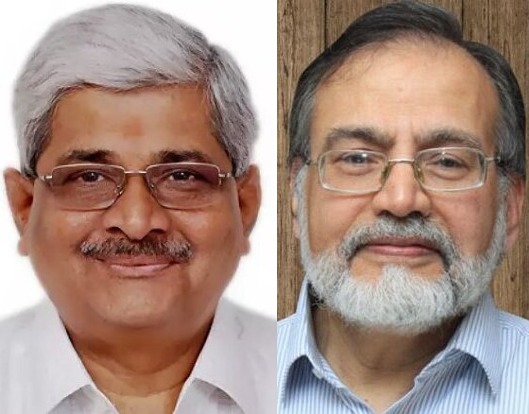 All Business
Tamil Nadu Business Houses Set New Trend, Appoint Ex-IAS Officers As Chairmen
This IAS class of officials possesses the uncanny ability to stay relevant all the time. They don’t just disappear into the sunset after superannuation but, simply don a new avatar. Their utility never dissipates and, their experience in government simply can’t be brushed aside. Probably, they are capable of bringing to the table an entirely new perspective. It is no wonder then that two leading industrial groups of Chennai have drafted ex-IAS officers as chairmen for their enterprises. Sundaram-Clayton Limited (SCL) has appointed R Gopalan, a bureaucrat who served Tamil Nadu as well as the Centre, as its chairman and, another Chennai-based company Ramco Cements followed suit onboarding MF Farooqui, a retired IAS officer to the same post. Of course, both Gopalan and Farooqui have served on the boards of SCL and Ramco Cements respectively for a while now. But their elevation to the top slot in the organisations has forced many long-time watchers of these family enterprises to sit up and take notice.  This is the first time that these industrial conglomerates in Chennai have adopted such a course. Larger benefit of having experienced bureaucrats as chairmen notwithstanding, the move is also seen as a step towards splitting the CMD post. At least in these two instances, it appears to be a case of striking two mangoes with one stone!
Post By KT Jagannathan