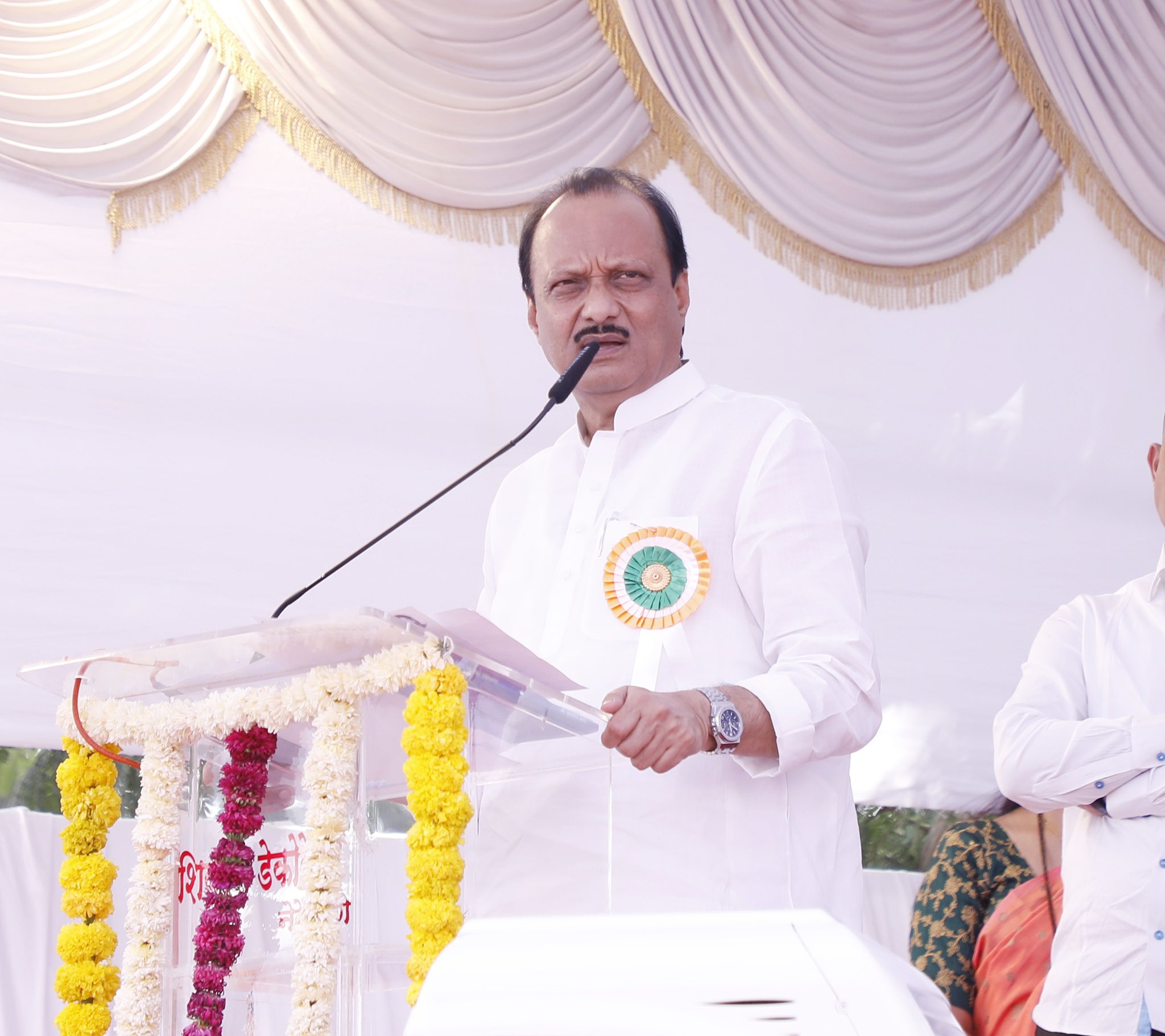 All Politics
Ajit Pawar Resurfaces, Creates More Questions Than Answers
Nationalist Congress party (NCP) leader Ajit Pawar’s clarifications about his mysterious weeklong absence and his unannounced resurfacing have created more questions than the answers he has given. Ajit, leader of the opposition in the state assembly, hit out at the media in Pune ‘for writing reckless stories’ about his absence from the scene. Ajit explained that he was abroad from November 4 and returned on November 10. Angrily, he asked the media, “Why can’t you leave me alone? Don’t I have any private life? I have not gone abroad for the past six years. Why did none of you even try to call up my office and find out?” Ajit did not disclose which foreign country he had visited or why he had left the party’s Shirdi conclave last week suddenly or why the party spokesman was not ready to reveal any information about his absence. Moreover, his otherwise vocal cousin Supriya Sule or uncle Sharad Pawar, too, have refrained from saying a word, which is considered significant. Ajit’s silence was more acutely felt when Maharashtra agriculture minister Abdul Sattar’s statement in regard to Supriya had led to widespread demonstrations by NCP workers all over the state. Significantly, Ajit had welcomed the Supreme Court verdict on the reservations for economically weaker sections during this same period. Ajit had left the NCP’s Delhi conference midway as well.
Post By Dilip Chaware

All Sports
Hayden Says India -Pakistan Match Was A Spectacle
The ICC Men’s Twenty20 World Cup began on a promising note for India when it scored a thrilling win against Pakistan at the Melbourne Ground on the first Sunday of the tournament ( Oct 23). Pakistan’s batting mentor and former Australian opener, Mathew Hayden said that he has not seen a sporting spectacle like that at the MCG, a famous cricket venue. Around 92000 paying spectators saw the India-Pakistan match The unfortunate aspect though is that India was given a sound thrashing by the England openers Jos Buttler and Alex Hales in the semi-finals whereupon Rohit Sharma’s team was ejected out of the final. India will not forget the drubbing. And as a consequence the vanquisher of the first Super 12 match will not be present in the cup final whereas the vanquished in the first match —   Pakistan will play the final against England. Beaten in the final of the Asia Cup in September by Sri Lanka, Pakistan is raring to go in order to win the title here. It was at the same venue in 1992 Pakistan led by Imran Khan won the World Cup defeating England in the final. Head coach Rahul Dravid could not hide his disappointment of losing to England in a manner to embarrass the team. The question is: what will the Indian supporters do with the tickets for the last match?
Post By G Viswanath

All Entertainment
Round One At Box Office Goes To Katrina’s ‘Phone Bhoot’, Other Releases Do So-So
It has never happened before in Bollywood. Three actresses-led films releasing simultaneously. Katrina Kaif’s Phone Bhoot was the highest scorer at the box office in last week’s release of women-centric films. Katrina’s film earned about Rs 10 crore; the other two films Janhavi Kapoor’s Mili and Huma Qureshi-Sonakshi Sinha’s Double XXL had dismal collections. According to a trade pundit, the audiences are becoming increasingly discerning and don’t enter the cinema hall unless it’s a family fare and has a fun quotient like Phone Bhoot. Mili was a remake and although Janhvi worked hard the audience didn’t want to see her in a freezer. Her last film Goodluck Jerry was appreciated but it was on OTT and people didn’t have to pay for it. Huma Qureshi and Sonakshi Sinha chose a subject close to their heart; but the subject is passe as today‘s girls are not embarrassed by their bodies and nobody wanted to spend money to watch them in cinemas. Most of the films that are now released in cinemas could’ve been released on OTT directly but the OTT platforms now want the producers to release their films in cinemas and only after that they are picking up those films at their cost. The last women-centric film that did well at the box office was Alia Bhatt’s Gangubai Kathiawadi and it was because of the songs and it was larger-than-life cinema.
Post By Entertainment Editor

All Sports
How A Phone Call Led To England Storming Into The T20 World Cup Final
A phone call made several months ago was instrumental in Team England cruising into the final of the T20 World Cup. The call was made by the protagonist himself as Alex Hales picked up his mobile and called Rob Key, MD of England cricket, to present his case the moment he heard of Jonny Bairstow’s freak golf accident. Kept out of the England team from before the 2019 World Cup because he had failed a drug test twice, Hales was in cricketing wilderness for three years before he saw a door opening for him. His old partner in opening the innings in white ball cricket Jason Roy was woefully out of form and England’s captain Eoin Morgan had called it quits. Hales backed himself to fill the void. To Key’s credit, he took Hales’ case to the selectors, and they too agreed to give him a chance at redemption. The team management kept their cool as Hales came back into a difficult tour of Pakistan. Having recaptured his form in stands with his skipper Buttler, including in the game against New Zealand in the T20 World Cup league and then against Sri Lanka in a must win game, Hales simply took the Indian bowling attack to the cleaners, treating it with contempt at one of his favourite Adelaide Oval where had once scored a century in the Big Bash.
Post By Tamil Raja