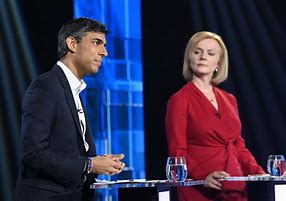 All Politics
Why Liz Truss Will Beat Rishi Sunak To UK PM’s Post
The basic conservatism of Britain may kick in when it comes to the final contest between Rishi Sunak and Liz Truss for UK prime ministership. The PIO whose parents moved from East Africa to the UK was frontrunner for PM up to the moment Tory MPs were the electorate. Now that the polling moves on to 2 lakh primary members of the Tory Party, the odds shifted in favour of the Foreign Secretary to Boris Johnson who stood by her boss till the bitter end. Truss leapfrogged the Trade Secretary Penny Mordaunt into the final head-to-head contest for PM. Even Rishi softened his approach to his rival in saying he respects his opponent as well as her proposals for tax cuts in his Op-Ed article in the Daily Telegraph of July 21. Rishi made it known that he is the successor to Margaret Thatcher and that he will bring the economy back to shape despite a 40-year inflation high beyond 9%. There are a dozen in-person hustings (debates) to be run before the votes are to be counted and the results declared on September 5. But the odds are that Liz Truss has already taken the lead among the party voters. Rishi’s background, his personal wealth and his rich wife’s non-domicile tax status may work against him in the final count.
Post By Tamil Raja 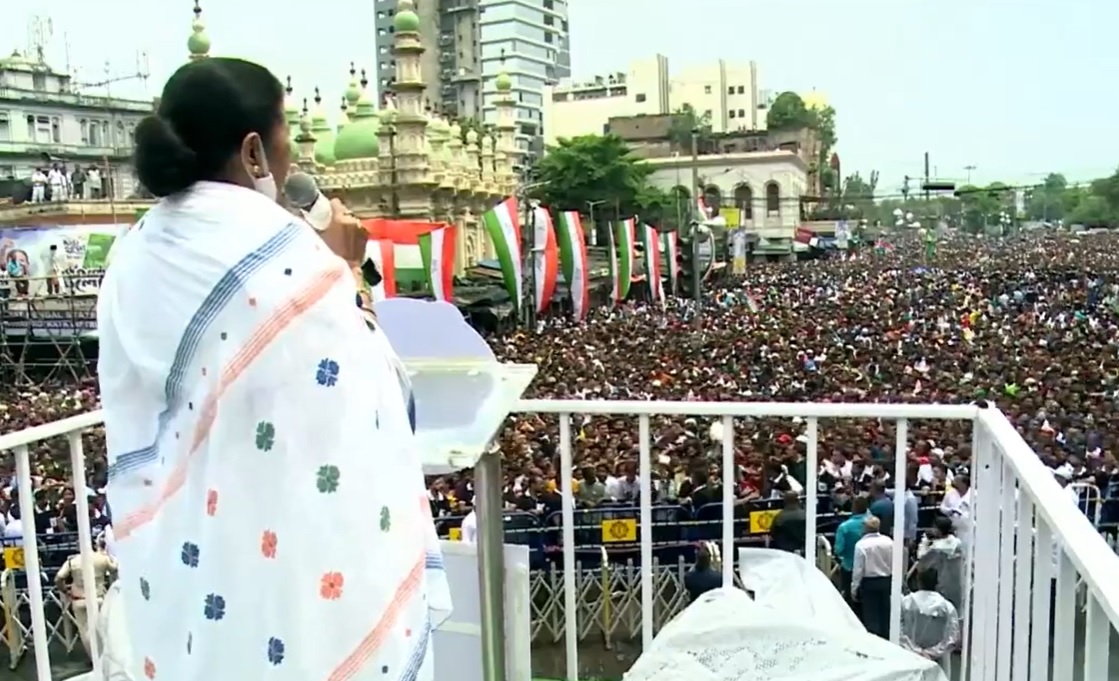 All Politics
Only TMC Has The Spine To Take On BJP, Says Mamata At Martyrs’ Day Rally
West Bengal Chief Minister Mamata Banerjee made a call to reject the BJP in the 2024 Lok Sabha Polls. Addressing at the Shaheed Diwas (Martyrs’ Day) rally in the heart of Kolkata, Didi launched a scathing attack on the BJP stating that 2024 will not be a vote for election, but one for rejection of BJP for its monumental incompetence. Mamata made it clear that only her party has the spine to take on the BJP since her party is not afraid of ED, CBI and other Central agencies. Mamata said that in 2024, when the BJP fails to form a majority, the Opposition parties have to come together to set up the next government. According to political observers, Trinamool Congress (TMC) supremo had been trying to bring the Opposition parties together by organising a mega rally at Brigade Parade Ground but that attempt failed in 2019 general elections. Mamata stressed that in the 2024 Lok Sabha Elections, her party will win in West Bengal and other states such as Tripura, Meghalaya and Uttar Pradesh where it would be contesting. Significantly, the TMC chief remained tight-lipped about Congress President Sonia Gandhi’s questioning by the ED. However, party insiders say that Didi is focused on regaining the lost Lok Sabha seats, Opposition unity will therefore come later.
Post By Tanya Bagchi 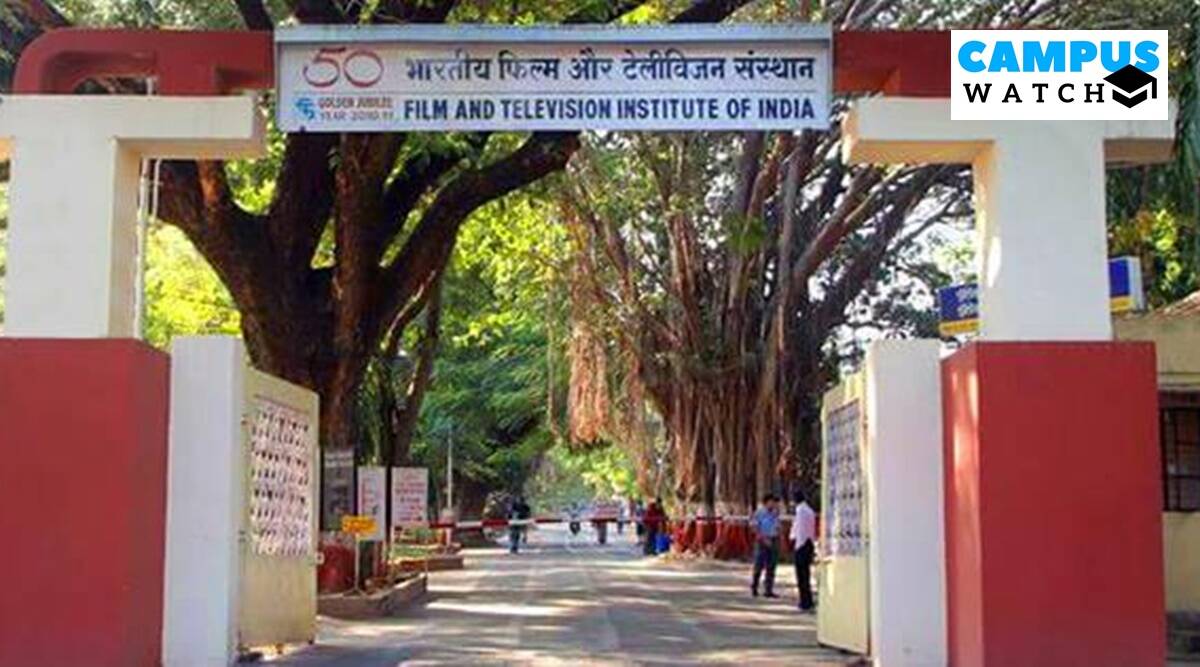 All Entertainment
Govt Proposes FTII Revamp But Student’s Body Opposes
The government’s anthem Mera desh badal raha hai, Aage badh raha hai is also applicable to the Pune-based Film and Television Institute of India (FTII).  The 62-year iconic institution is going in for a major revamp. This move follows after I&B Minister Anurag Thakur had a closed door meeting with FTII chairman Shekhar Kapur.  According to sources, FTII will become somewhat of a polytechnic school taking away the halo of film aesthetics and world film studies. The new effort essentially is to make it a digital multi-purpose market-driven media university without segregating film and TV sections. “I will not be surprised if it is renamed as Digital Art Institution of India,” commented a FTII professor sarcastically. With a view to generate more revenue, plans are to offer short-term courses like broadcast journalism, video games, dubbing and voicing, advertising, makeup, special effects and others. Critics says that the government by drawing outside talent — essentially IAS and IIS officers — may compromise with FTII’s core values and DNA, and it may not be able to produce great talents like Om Puri, Shabana Azmi, Adoor Gopalakrishnan, Anupam Kher, Shyam Benegal.  It is learnt that Shekhar Kapur is torn between students’ continued oppositions towards revamp and I&B pressures to remodel FTII.  To do or not to do is Kapur’s dilemma.
Post By Sangram Mohanty 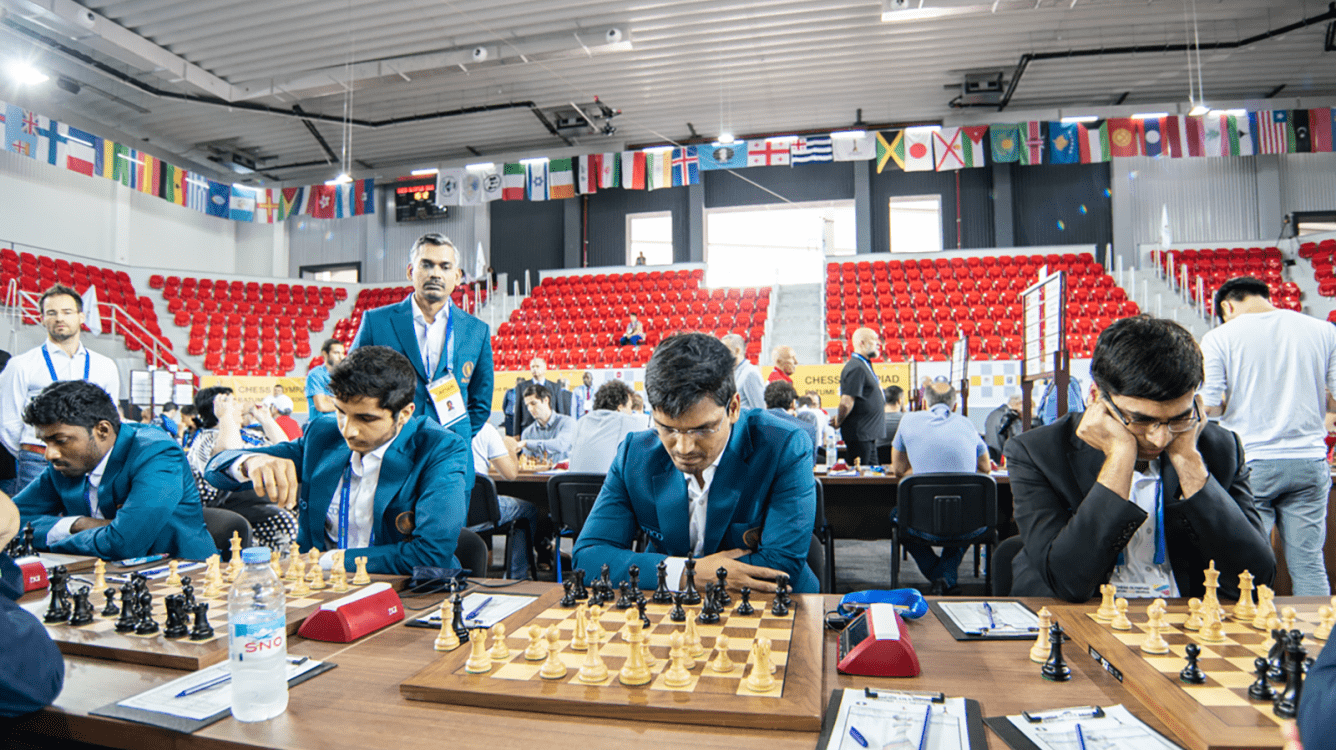 All Sports
After Hockey, Naveen Patnaik Keen To Promote Chess In Odisha Via Schools & Colleges
Odisha chief minister Naveen Patnaik seems to be taking a leaf out of Tamil Nadu which has emerged as the chess hub. It took a long while but it is yielding dividends to TN as it is hosting the International Chess Olympiad, for the first time, between July 28 and August 10 at Mamallapuram. This event will attract 2,000 participants from 187 countries. Naveen knows this is an incredible opportunity for Tamil Nadu and India to get recognition for hosting these international chess events across the globe and showcasing not only its economy but also augment tourism, cultural understanding just as Odisha did by hosting the Hockey World cup recently. Keeping long term aspirations in mind, Naveen Babu has taken the first baby steps in scripting government’s investment support to popularise, promote and nurture chess games in schools and colleges in a planned manner. It is understood that Patnaik’s interest in promoting chess culture in Odisha is only the starting point. It will require a lot of planning, training, patience, infrastructure support for tournaments and feliciting chess players with monetary prizes just as Tamil Nadu did. Going by Patnaik’s track record this task too will be accomplished in double quick time.
Post By Sangram Mohanty